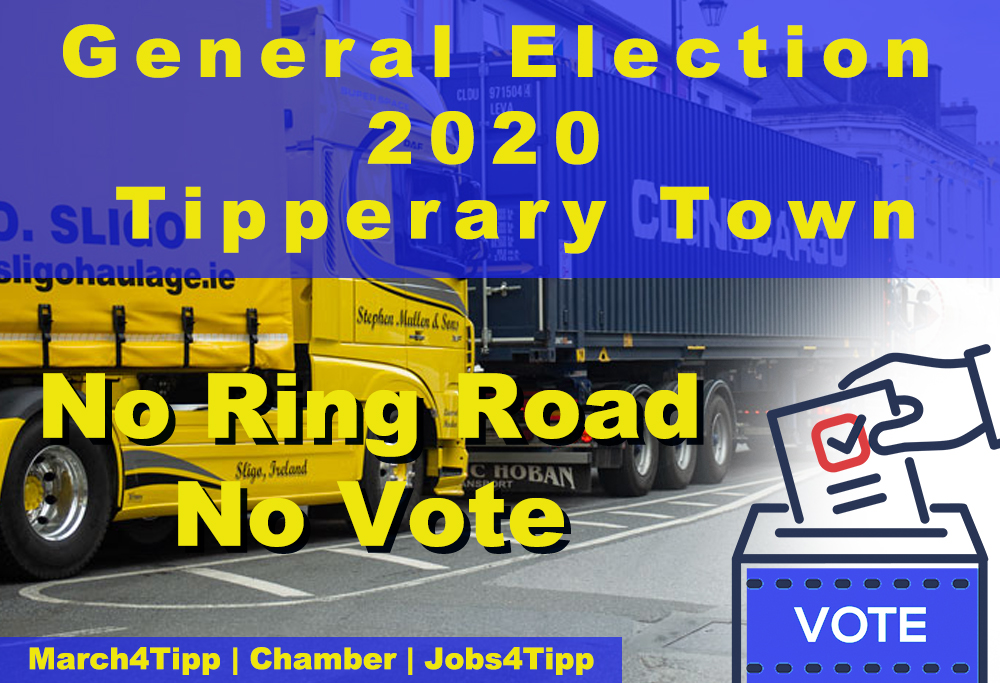 Tipperary Town Chamber/TIRD, March4Tipp and Jobs4Tipp have joined forces to push for Ring Road for the town. Part of that campaign is to ask every Tipperary General Election Candidate if they would support a Ring Road, if elected.  There was a strong support and a very clear commitment from Fianna Fáil candidate Councillor Imelda Goldsboro and the Labour's Alan Kelly TD.