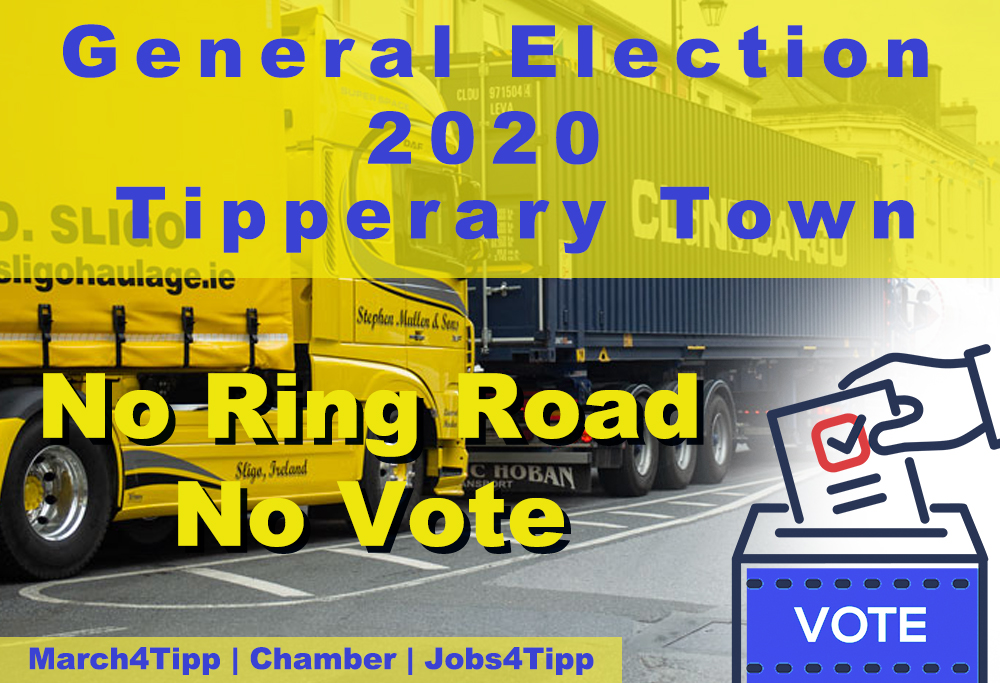 Tipperary Town Chamber/TIRD, March4Tipp and Jobs4Tipp have joined forces to push for Ring Road for the town. Part of that campaign is to challenge every Tipperary General Election Candidate as to whether they would support a Ring Road, if elected.  Following on from Fianna Fáil and Fine Gael already endorsing the need for a Ring Road, there was strong support and a very clear commitment from two key independent TDs, Michael Lowry and Mattie McGrath.